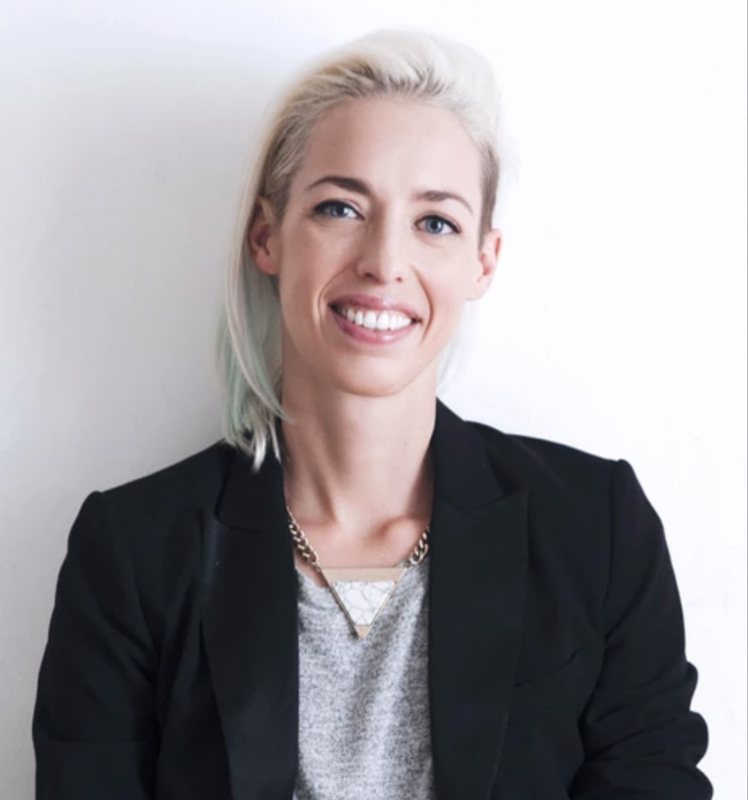 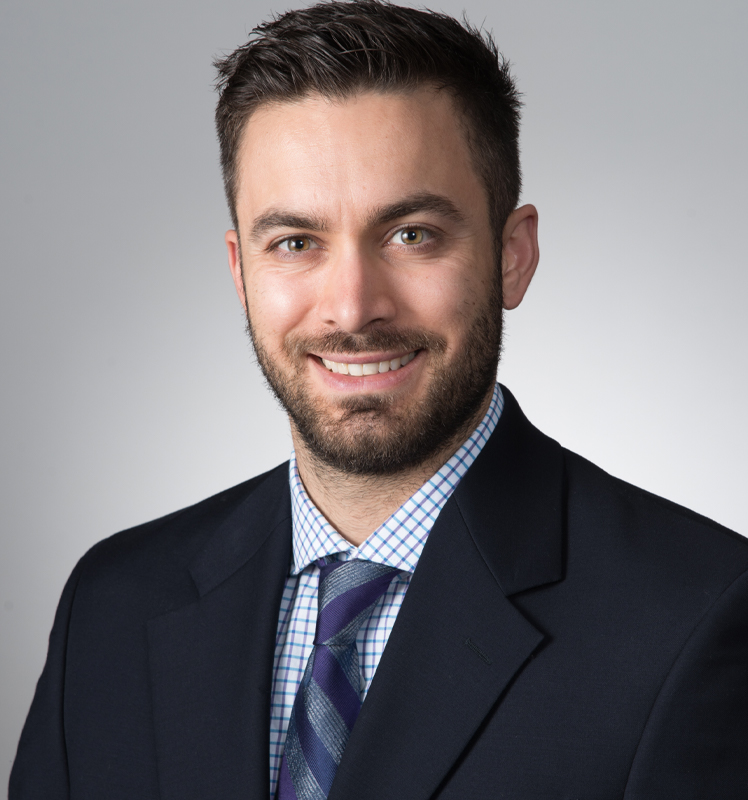 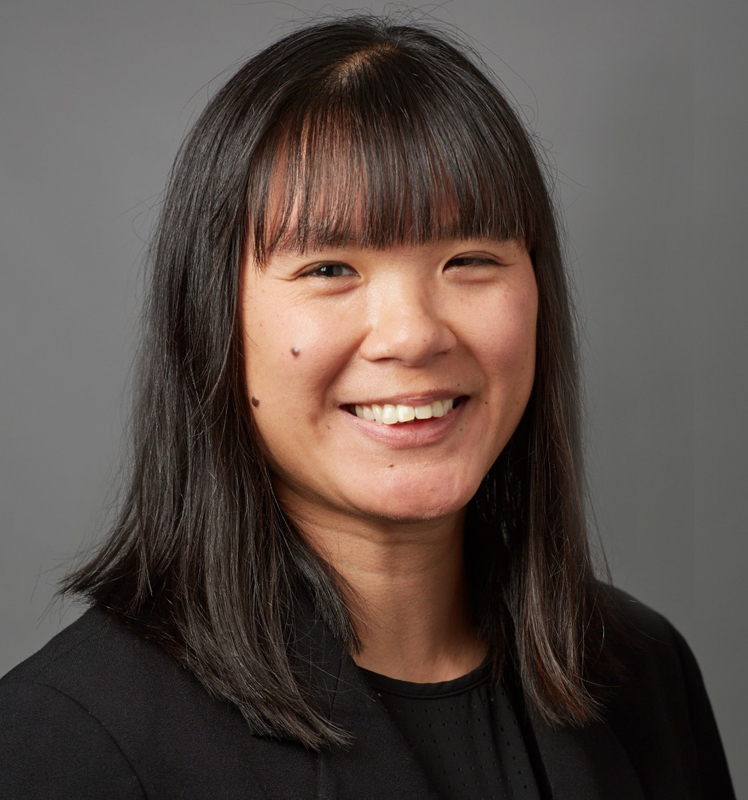 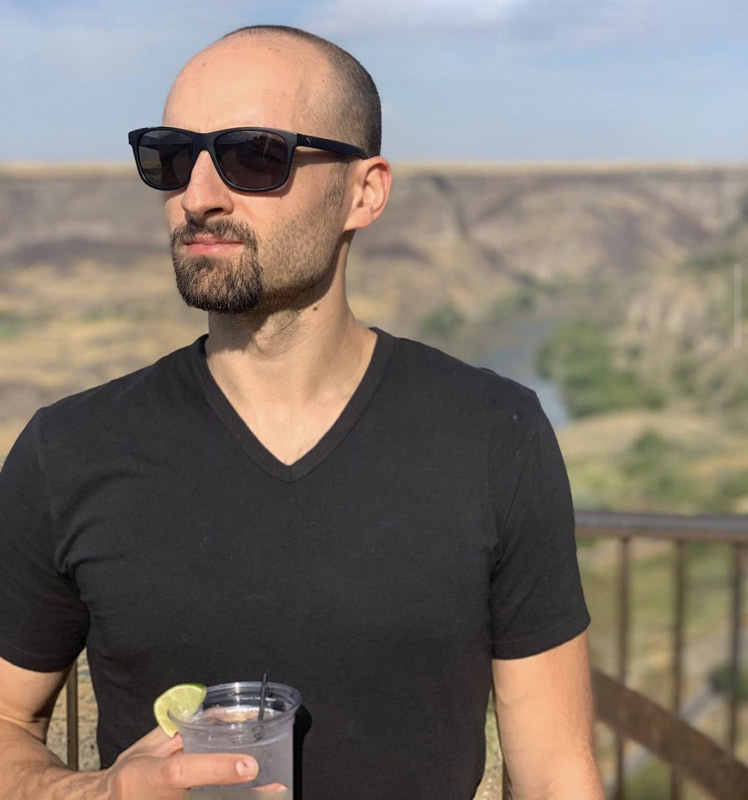 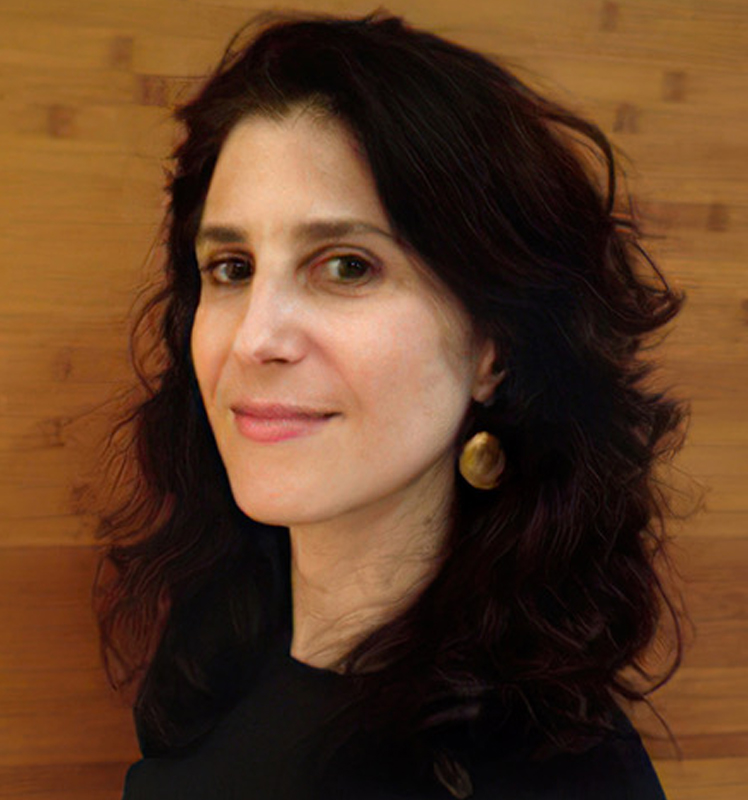 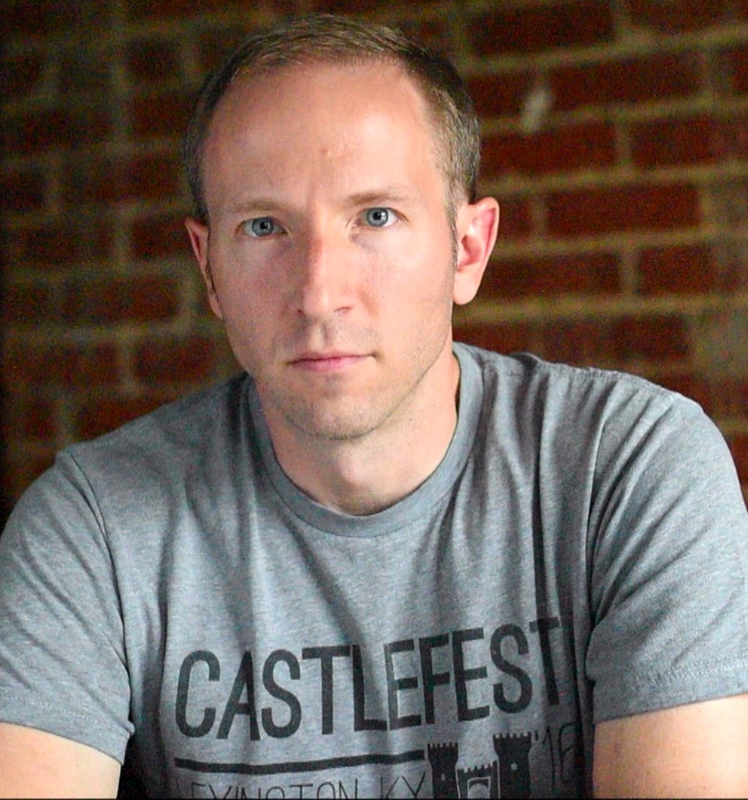 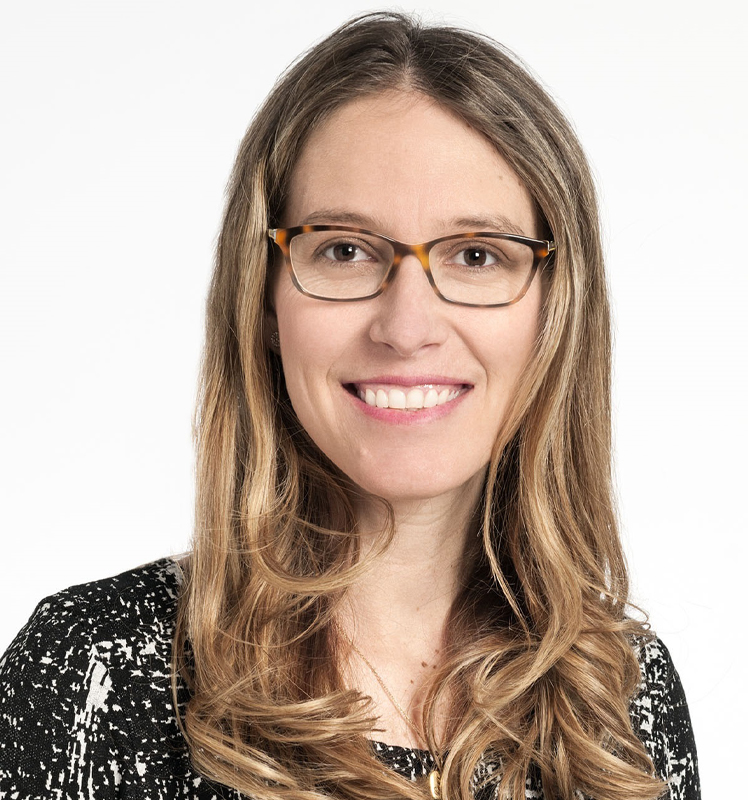 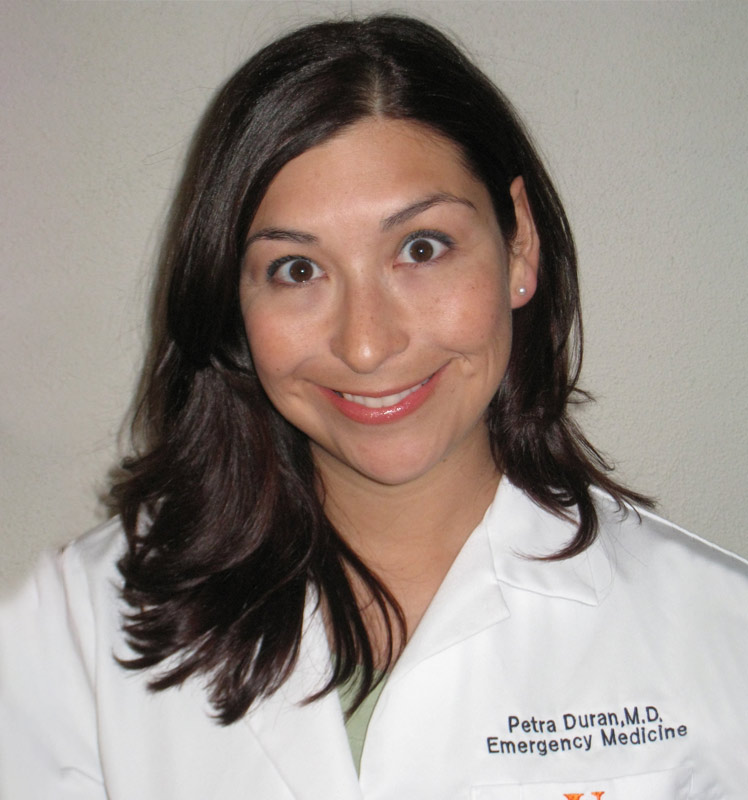 Petra graduated from medical school at LSU Health Sciences Center in New Orleans, and completed her residency in emergency medicine at the University of Florida College of Medicine – Jacksonville. She achieved certification through the American Registry of Diagnostic Medical Sonographers and founded the emergency ultrasound program for the department of Emergency Medicine at UFCOMJ. She is a nationally recognized leader in emergency ultrasound education and research, including serving as Executive Director of the ACEP Ultrasound Management Course, and director for the SEMPA Ultrasound Course. She has lectured throughout the country, and has received numerous teaching awards. When not teaching ultrasound, she loves spending time with her husband and three young sons.

After graduating Brown University with a degree in Sociology, Racial Ethnic Studies, Resa attended the University of Pennsylvania School of Medicine. She spent one year at the NIH in MD, as a Howard Hughes Research Scholar. Resa is a graduate and former chief resident of the Harvard Affiliated Emergency Medicine Residency program in Boston, MA. She is board certified in Emergency Medicine. She graduated in the first emergency ultrasound fellowship class at St. Luke’s Roosevelt Hospital Center in New York, NY. She had been Fellowship Director and Chief of the Emergency Ultrasound Division since 2003. Resa is the director of the Point-of-Care Ultrasound Division and a Professor of Emergency Medicine at Thomas Jefferson University Hospital in Philadelphia. She has numerous peer reviewed publications and chapters related to point-of-ultrasound education, medical education, global health, simulation, pediatrics and national policy. Resa has led point-of-care ultrasound education courses regionally, nationally, and internationally. Her international locations have included Madagascar, Ghana, India, Sri Lanka, Brazil, Rwanda, Singapore, Ireland and Italy. Her undergraduate medical education experiences include Columbia University College of Physicians and Surgeons, the Icahn School of Medicine at Mount Sinai, and the University of Colorado School of Medicine. She is a medical educator and leader who has mentored trainees at all levels. She was the first President of the Academy of Emergency Ultrasound of the Society of Academic Emergency Medicine, a founding member of WINFOCUS (www.winfocus.org), co-founder of SonoGames, and the immediate past Chair of the Ultrasound Section of the American College of Emergency Physicians. She serves on the board of PURE (www.pureultrasound.org) Initiative and on the American Board of Emergency Medicine Clinical Ultrasonography Task Force, the Society for Clinical Ultrasound Fellowships and the Brown Medical Alumni Association. Resa was an invited speaker for TEDMED2014 in Washington DC.

Rachel Liu, MBBChBAO (yes, MBBChBAO is the Medicine degree graduates receive after training at Trinity College in Dublin Ireland) is on fire as a FemInEM in Point of Care Ultrasound (POCUS) leader. Dr. Liu is the current Chair of the Ultrasound Section of ACEP. Additionally, she has served as the Education Officer for the Academy of Emergency Ultrasound (AEUS) of SAEM 2014- 2015, and then as President 2016- 2017. As the Director of Clinical Ultrasound Education at the Yale School of Medicine, Rachel has implemented longitudinal ultrasound education for medical students as a way to complement and anchor the learning of basic, physical and clinical sciences.

Jacob Avila completed medical school in Loma Linda, California, Residency in Chattanooga, Tennessee and an ultrasound fellowship in Lexington Kentucky. During his 4th year of medical school, Jacob was first introduced to bedside ultrasound by Dr. Viam Dinh, who was at that time a senior Emergency Medicine resident. Jacob then matched into the Emergency Medicine residency in Chattanooga, Tennessee, where his ultrasound education was further enhanced by his ultrasound director, Dr. Ben Smith. During residency, Ben and Jacob started working on and subsequently launched the website 5minsono.com, a website dedicated to ultrasound education. After residency, Jacob moved to Lexington, Kentucky where he completed an ultrasound fellowship under Dr. Matthew Dawson. During that time, Jacob began to lecture nationally and internationally, and in 2019 he earned the 2019 ACEP Rookie Speaker of the Year Award after his debut at the ACEP scientific assembly. In 2019, Jacob and Ben launched www.CoreUltrasound.com, a website that combined Ben’s website (UltrasoundoftheWeek.com), Jacob’s 5minsono website and the Ultrasound Podcast into one comprehensive point of care ultrasound website.

Ben earned his medical degree from the University of Tennessee, and completed his emergency medicine residency training at the University of Alabama at Birmingham. He is an award winning international ultrasound educator. He practices emergency medicine at the University of Tennessee in Chattanooga, where he directs a fellowship for emergency ultrasound. He is an active developer and author of several ultrasound education websites. CoreUltrasound.com is a free open-access ultrasound podcast and blog used by tens of thousands of users monthly. SonoClipShare.com is an ultrasound QA and scan repository that facilitates international education. On these websites he has developed and published multiple free software tools to aid ultrasound educators. Dr. Smith has received several national awards for his contributions to emergency ultrasound, including the ACEP Innovation in Clinical Ultrasound in 2017 and the iAward for Innovations and Impact from the Society for Clinical Ultrasound Fellowships in 2020.

Terren is a EM/CC physician who recently completed his critical care fellowship at Cooper Health Hospital in Camden, NJ. Terren trained in Emergency Medicine in Lexington, Kentucky and completed his ultrasound fellowship training under Matt Dawson. He spent a year on the ‘outside’ before committing to critical care. Terren is happy to discuss all things ultrasound, but has a particular interest in resuscitative ultrasound.

Courtney is a Staff Emergency Medicine physician at Main Campus at the Cleveland Clinic. She is the Director of Emergency Ultrasound for the Emergency Services Institute overseeing >150 physicians in credentialing, privileging, and quality assurance measures for point-of-care ultrasound (POCUS). Additionally, she is the Assistant Program Director for the Emergency Medicine Residency Program at Case Western Reserve University, MetroHealth Medical Center and Cleveland Clinic. Dr. Smalley’s focus is on providing quality POCUS education to medical students, residents, and staff physicians. She teaches multiple POCUS courses yearly, lectures regionally and nationally, and publishes on quality assurance topics and educational competency in Emergency Medicine. Additionally, she helps mentor the Ultrasound Interest Group through the Cleveland Clinic Lerner College of Medicine and aided in creating “Ultrafest”, a free 1-day medical student symposium on POCUS at the Simulation Center.

Claire is Canadian ER physician who works at the University Health Network and at Sickkids. She is Co-Lead of Emergency Ultrasound at UHN, and Co-Director of undergraduate POCUS curriculum development at the University of Toronto. When not teaching or travelling, Claire can be found running really long distances up and down mountains.